Gearing up for the third season of Jersey Shore Family Vacation, the cast dazzled at the 2019 MTV Movie & TV Awards.

Notably, Jenni “JWoww” Farley, Deena Nicole Cortese, Angelina Pivarnick and Lauren Sorrentino all made a special appearance at the star-studded ceremony. Speaking to E! News at the awards show, JWoww, Deena and Lauren shared their excitement for the upcoming season, including the many things fans can expect to see.

“We were babies,” the 32-year-old star reminisced about the original MTV show. “Now, we’re adults.” Farley added, “We shower now.”

The third season, Lauren shared, is going to be about “real life.” She explained that fans will get to see her and her husband Mike “The Situation” Sorrentino‘s “hard stuff, court dates [and] drama.” However, despite the 36-year-old currently serving his eight-month prison sentence, she said things are “really good” between them.

“Mike is an incredible man and he inspires me every day,” she revealed.

“Even with him being away, our bond has grown stronger,” the reality TV personality said. “We’re in the end game now, we got two months left and we got a lot to look forward to.”

Chiming in, Deena explained that everyone feels the same way about Mike. “That’s in relation to all of us,” she shared. 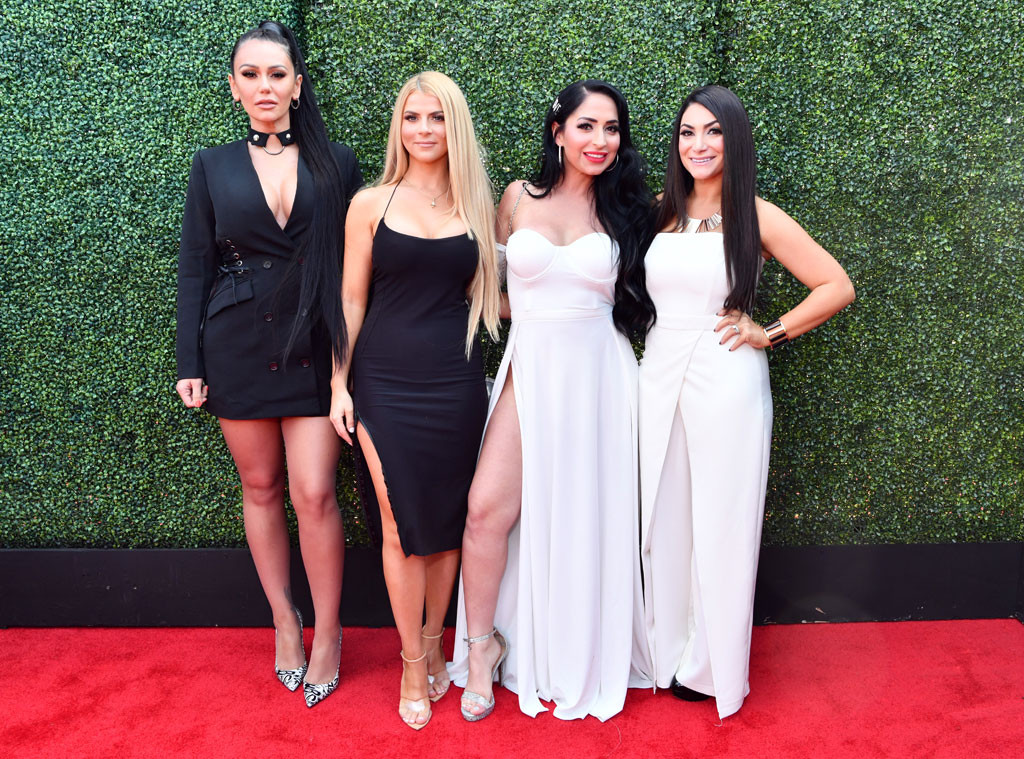 While the cast is ready for their close-up come July 11 for Season 3 premiere, they admit being a reality TV star is hard work. “It’s exhausting,” Cortese expressed. “Our spouses will come on for a couple days, and they’ll be like, ‘I don’t know how you guys do this.'”

Farley added, “We would love to give anybody our job, and be like, ‘Do it, please.'”

However, not all of it is bad. “It’s hard but it’s so rewarding and empowering, because you get to share your stories and the things you’ve gone through,” Lauren said.

At the end of the day, “we really are a family,” Deena shared. “I consider them my sisters, brothers. It’s really a rewarding situation all around.” She continued, “We’re classy now, we have kids, but moms like to have fun still.”

Watch our video with the cast above to hear them talk about the upcoming season of the MTV series, JWoww’s new boo, Snooki‘s newborn and more.